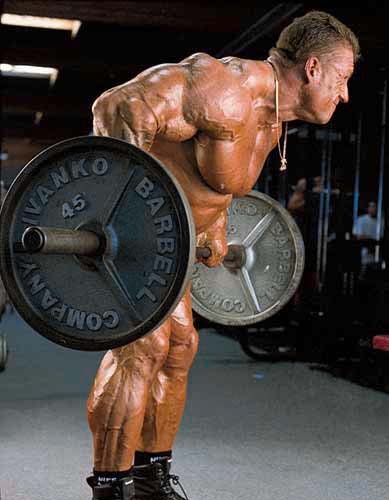 Just because you’re not isolating a muscle doesn’t mean that you’re not building it. For example, by focusing more on pulling than pushing, you’ll pull your shoulders back. Broadening them in the process. This is accomplished with no isolation of the deltoid.

Here are 5 exercises that will help you inadvertently build wider, more athletic-looking shoulders: 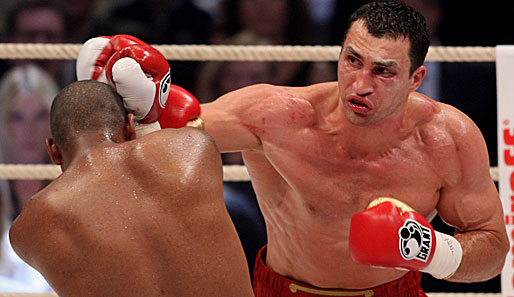 The Yates row is one of the best back-development exercises there is. If not the best exercise. It brings girth to the traps as well as the lats. Coined after legendary bodybuilder Dorian Yates who used this lift – almost exclusively – to develop one of the best backs in bodybuilding history, the exercise needs to be in your routine.

Let the weight slide up your thighs from the top of your knee cap, keeping your elbows tight, and really focusing on pinching your shoulder blades together. It’s a bit more upright of an exercise than a full on bent over row. 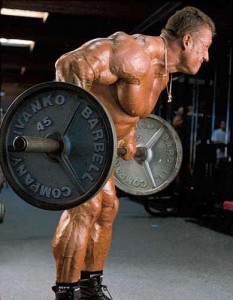 The trapezius muscle is the muscle that attaches the neck to the end of the collar bone or the top of the shoulder. With fuller traps your shoulders look much bigger. Without them, we appear skinnier and even weaker.

Shrugs are also a great exercise for isolating the traps, but I still prefer the upright row because of the fact that you’re still working your deltoids, especially with a closer grip. Try varying your grip from close to a much wider grip to build every angle of the muscle. 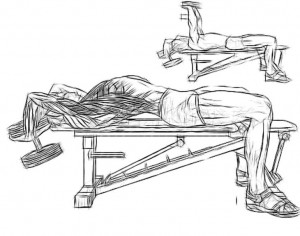 When performing this exercise – shoulders on a bench, hips up, and feet planted on the ground – take a big deep breath in as you bring the weight down. This is one of the few exercises that develops a bigger rib cage. Bigger rib case = wider shoulders.

It’s also a great exercise for developing thickness in the lats, chest and triceps. An exercise that’s under-utilized in a lot of programs, it’s definitely something that should be added to any routine.

Olympic lifters have massive shoulders. One exercise that you see them doing, that most of us don’t do, is the snatch. It’s the only exercise that has a grip as wide as it does, which develops the traps and deltoids from angles you don’t see in other exercises.

It’s not an exercise that is done slowly in any phase. It’s a power exercise through and through. So many don’t use it because it requires practice and proper technique. But I think it’s a great exercise to incorporate into any and every routine.

Start off with a light weight – even just the bar. Develop proper form, keeping the bar close to your body, getting under the weight and so forth. The power will come from your hips and legs. You shoulders and traps aren’t going to do a whole lot of the lifting, but you’ll feel them the next day for sure.

If you’re a skinny guy looking to build lean muscle, as fast as possible, check out this video that a good friend of mine put up just a week ago. He has some unique theories on the topic of building muscle that I’m sure you’ll find helpful.