“If you make yourself more than just a man. If you devote yourself to an ideal. Then you become something else entirely. A legend, Mr. Wayne. A LEGEND.”

How fitting is that quote from the recently released trailer for, “the Dark Knight Rises” (the new Batman movie) for this site?

Not to mention the emphasis on being a “LEGEND“, which has a lot to do with the theme and mission of ChadHowseFitness.com, but also devoting yourself to something greater than just yourself.

I mention it a lot: the need for an emotional reason when setting a goal – whether that goal is to build lean muscle, improve performance, or to take the very best care of your family as you possibly can; when we have something that drives us to reach that goal that is greater than ourselves or our own self-benefit, we’re literally unstoppable.

People can do amazing things when we’re faced with a task that means the world to us. When our backs are against the wall, and the reasons for having a goal such as building a healthier body, is so deeply emotional and important to us that we won’t fail.

Now I know that superheroes don’t exist, although that would be pretty bloody cool, I’d argue that we all have the ability to be superhuman or legendary at some point in our lives. There are stories of people losing 500 pounds, of mothers lifting cars off of their kids, or of people who were so down and out that death seemed like their only fitting end. But somehow, and for some reason, they didn’t give up. They turned their life around and became a success – helping others get back on their feet in the process.

I’d call each of those people as superheroes wouldn’t you?

Here’s the other thing, I’m 25 years old. It wasn’t that long ago that I looked at my Dad as a superhero. If you have kids, they surely look to you in the same way that I did him, and if you don’t yet have kids, start building yourself to be the best man you can possibly be because one day you’ll have little eyes looking at you in that very same manner.

The reality is that at some point in our lives we’re all asked to be someone’s hero. Some of us will rise up to the call, and others won’t. Others will look to their left and right and wait for someone else to stand up and take control. Which one will you be?

This being a site dedicated to building a great body – both from an aesthetics perspective, and a health and performance perspective – let’s talk about how to become a superhero with out training, shall we?

The best example of a real superhero that I can think of is the most recent incarnation in the Batman series; starting with Batman Begins. Born with no ability to fly, nor with any super powers, Bruce Wayne saw an opportunity to serve a greater purpose than he could simply being Bruce Wayne.

He trained his mind as rigorously as he did his body to become as effective as possible. He cut the fat, literally, but also learned to embrace that which he feared most. In doing so, he became a LEGEND.

So how to we train our bodies to be like that of a superhero?

1. Train in a way that will help you become stronger, and more athletic.

Seems simple right? But it isn’t always that simple. Ideally you want to be incorporating some heavy lifting in with some circuit training. You’re not simply bodybuilding, but you’re also not simply powerlifting. You need to strike that fine balance between the two, but also incorporate athletically focused exercises into your routine as well.

You’re training to build skills, but also power, speed and strength. The result will be a lean, muscular, and athletic body.

2. Embrace that which you fear.

This can be a very simple thing. We all hate pain. One thing Lance Armstrong gained from having cancer was the ability to actually enjoy pain. He said that he had no choice when he was going through chemo: he either enjoyed the pain, or he let it get the better of him. When he got back on the bike, he took this enjoyment of pain with him.

That is my challenge to you: learn to enjoy pain. Embrace that which you fear. Where you’d normally quit at rep 7 with 100 pound dumbbells on a bent over row, push to rep 8 or 9. If you normally go 95% on your sprints, push it to a true 100%.

This might seem like a simple thing, but it’ll help you in other areas of life as well – it’s helped me in a big way. I decided to really learn how to enjoy pain when I was boxing. I now bring that focus and intensity to my workouts today, and that same mental toughness to my work as well.

Embracing pain is something that will separate the good from the great, and Mr. Armstrong showed by winning 7 Tour de France titles. After all, it’s only pain. It’ll be over soon, but the effects of pushing through something that would normally force you to quit will stay with you for a lifetime. 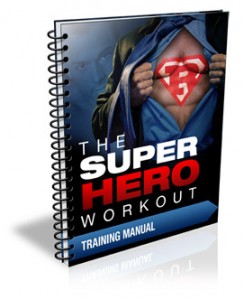 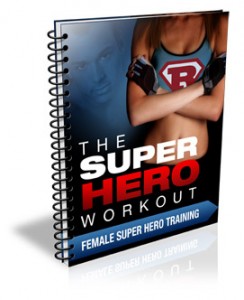 For myself, training has always been about accomplishing the very best in every aspect of my fitness. That’s what I help my online clients with, my personal clients with, and the member’s of the PowerHowse Challenge with. For a lot of us we can sum that up by building a muscular, lean, and powerful physique. One that is strong and athletic, healthy and looks amazing.

A good friend of mine, and fitness superhero in his own rite John Romaniello, has developed a program that will do just that.

John gave me a sneak peak – by sneak peak I mean a look at the whole thing – at the program and it’s amazing. I’ve seen the programs, the nutrition guides, and everything else that comes with it and I’m blown away.

Want to become a Real Life Superhero? (No I’m not joking) head over to this page and check it out: