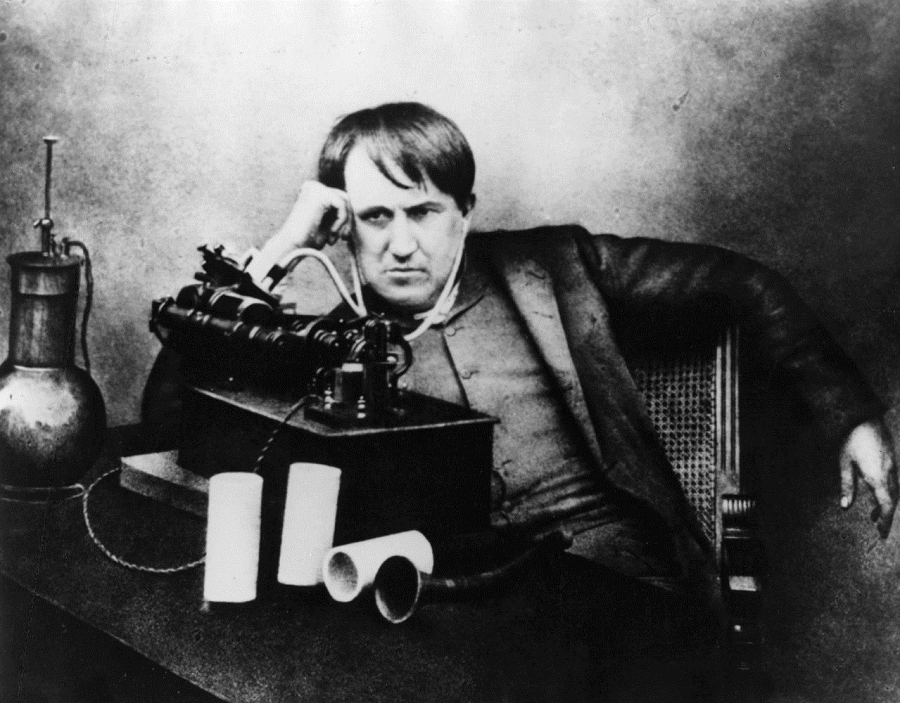 The two weeks previous to this lovely day were long; wake up at 4:30 am and work until 8:00 pm, then off to bed and do the same the next day. They were days filled with excitement. I was finishing up a new product, the culmination of months of work and the excitement of launching it to the fellas that have been asking for such a product for over a year was invigorating.

The days went by without much thought of time or distraction, there was no question about what I should be doing with my time, just a steady pace of work on things that matter, at least to me and my business and the fellas that will take action on the product.

And then I released it…

Today, the day after its release was a lull, at least in energy and focus, though not in what needed to be done. The product is finished, but the roll out or the marketing or the story-telling and profiling of it has just started.

The work has only increased, as another project is on the horizon which means even more research and work and writing and long days spent staring into a screen creating the right words. 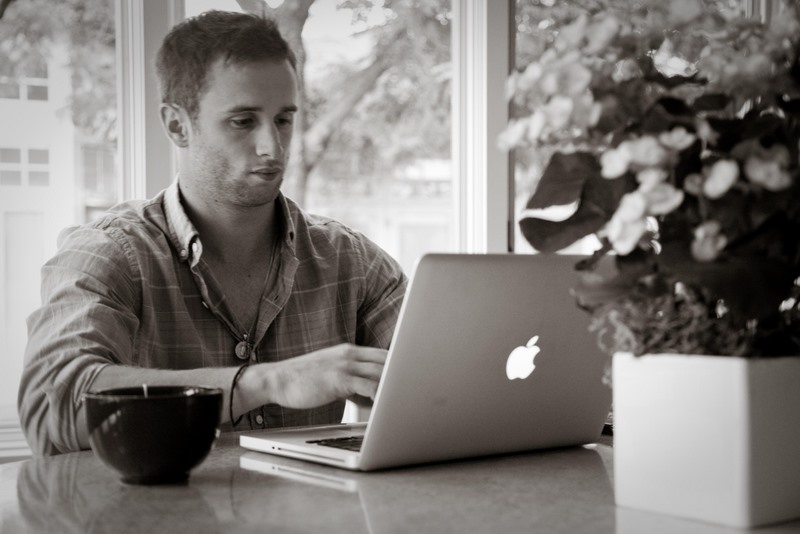 The struggle that is today, though, is what an entrepreneur lives for, it’s what separates the good from the great, the mediocre from those who do amazing things with their time and live life in its truest sense, by getting closer to their potential than most of us can only dream.

After years of falling victim to the highs of victories and the lows of failures, I’ve learned to simply embrace the struggle. I’ve learned that it’s the struggle, days like this where my attention is pulled in every which direction except where my focus should fall, is where the true value lies. It’s where I gain grit. It’s within the struggle that you gain toughness. It’s within the struggle where you work while others rest and you improve while others become weaker, where they quit and fail and cry and complain, you open your arms and welcome the difficulty that is in all of our lives because you understand its necessity.

Embrace the struggle; the harder it is, the more you gain from it. The more you test yourself and are required to push yourself, the tougher you become, the greater your capacity for effort becomes. It’s in the struggle that we grow and evolve, yet so many of us distract ourselves from the struggle instead of embracing it and rejoicing in it.

Harsh times aren’t curses, they’re blessings, gifts that are bestowed upon us and they’ll lead us to greatness if we see them as such. So many, though, see them not as challenges, but as curses. They compare their hardships to the cushy lives that others aim to portray. They see the hours they have to spend working to yield little results while others are traveling and partying and lying on beaches, sun-hat on head, Corona in hand.

You need to embrace the struggle, to flee from it is to fail, it’s to weaken your resolve and relegate yourself to what can only be a shell of the life you have it within you to lead. We aren’t born with this understanding, it’s something we have to learn and we usually discover its necessity through failure.

I’ve failed more than I’ve won and every time I’ve failed its the work and the persistence after that failure that created something good from it. It’s the struggle that came after the fall, the climb back from the abyss, that not only made me tougher, but generated some kind of victory that could not have been without a sadistic love for the struggle, for a prolonged focus on a single thing and an avoidance of avoidance. (Read this: Why Michael Jordan Didn’t Fear Failure)

If you are to be anywhere near what you can be, you must seek to forge your potential within the fire of the struggle, within the flames of hard work and persistence because there is no other way.

Social media is a facade. We portray an image and we have control over exactly what kind of image we portray. For most of us this is an image of living the life, of working very little and relaxing very much. Even if it isn’t true this is the life that has grown into what many aspire to live, but it’s also a life devoid of meaning and learning and growth.

I once had an acquaintance compare what he’d earned to what I’d earned. He made a snarky comment and the usually slow-witted me responded with a surprisingly quick and honest response…

If you’re my competition in this life I may as well take a header off of a bridge.

A little harsh, but the point that my competition is me, and it cannot be another, is something I’ve learned through the years and it’s opened me up to an entirely different world, one where meaning and success and happiness are completely under my control, and not contingent on the views or opinions of any other human.

This is a lesson that many will have to learn the hard way and only after years of insecurity and envy leaves them empty and their lives meaningless. You, however, are hopefully smarter than they. You see the fruitlessness in desiring a perception, your own perception of something that you cannot truly know. You, hopefully, see that by comparing who you are or what you have to someone else, rips the power over your life out of your hands and gives it to this perception that isn’t even real.

Stop comparing, stop envying, genuine happiness is all a human should have for another human who’s on the rise, envy cannot exist in the heart or the mind of a successful person, the two are like oil and water, they don’t mix.

Be in the pain you feel, don’t try to distract yourself out of it, suffer through it, this is the only way to find its meaning.

There is meaning within every struggle, a purpose to every ounce of pain we feel no matter how unjust the pain may be. In his book, Man’s Search for Meaning, Viktor Frankl noticed how some prisoners in the Concentration Camps in the Second World War were able to find meaning even within the most unheard of and unjust punishment maybe in the history of humanity while others couldn’t. The difference between the men he observed (men and women were separated into different camps) wasn’t anything innate necessarily, nor was it that they were simply treated better by their captures, it was a choice.

There’s meaning within every form of suffering because the task of finding the meaning is our choice.

If you’re going to get through something, you have to get through it, not around it or under it or over it. The meaning is there even if that meaning is understanding who you are and what you want from this life.

lesson #4: be alone when you’re lonely.

Humans are social animals, yet many of the humans that have graced this fine earth who have accomplished the most and given the most back to humanity, did so in solitude. When you can use solitude to become better and do more you can find time with no distractions where your creativity and your focus are at their height.

There’s less true solitude today, with our cell phones and tv’s and texting, but to accomplish great things loneliness is a feeling you’re going to have to conquer. Be in it, just like the pain, find meaning in it, use it.

Many may eventually learn this the hard way as they reach the midpoint in their lives and they realize that with all the socializing they’ve done they’re either not comfortable with themselves, alone in a room, or the accomplishment they once sought just isn’t there. It’s been taken by people.

Humans are awesome, so is socializing and partying and laughing and having fun. It’s awesome. But you can’t discount the value of solitude as it pertains to self-improvement and accomplishment. You need both. You need laughter and companionship, but you also need to get shit done. Humans get in the way of work and work gets in the way of fun. Separate them and give them both the time they deserve.

Dare mightily in the goals you set, mediocre goals will require little sacrifice, you’ll also gain little from accomplishing them. When you set audacious goals you bring with them an energy that can’t be explained.

Know that the lows are never a constant, nor are the highs, the only thing that will be steady is you.

Work hard because there’s no sense in not working hard.

Persist because every time you give up you weaken your spirit.

It’s your duty to aim to reach your potential, if you’re satisfied with mediocrity you have wasted the talents given to you and arguably the space you take up.

Something great can be within your grasp, being a great father, brother, mother, sister, a great leader, a great person. You can’t know that greatness unless you give this life everything you have, everyday that you have.

Rise and shine as if it were on purpose. Set goals so great that they bring an energy into your life that holds a power over time, where you move through this world on a purpose and not a slave to the hours within the day or the things that pull so many humans away from the things in this life that give us meaning.

Dare mighty things because mediocre things are where the masses reside, and when you find yourself on the side of the majority it’s about damn time you look at your current state and position and make a change.

Read this next: Dare Mighty Things